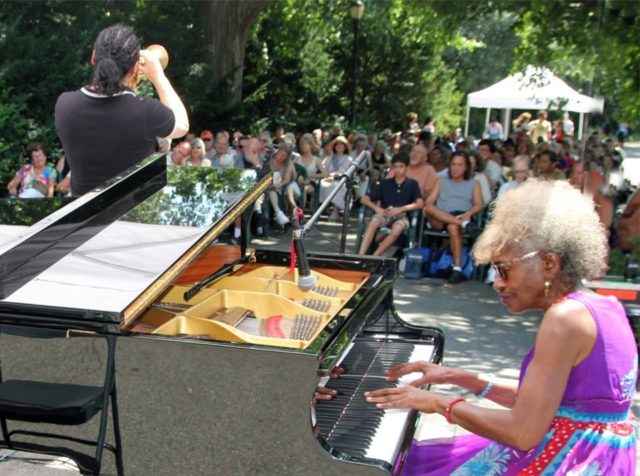 Join the Fort Tryon Park Trust, NYC Parks, and the Michels family in honoring the late Council Member Stan Michels at the ninth annual Memorial Jazz Concert. Enjoy live jazz by local impresario Marjorie Eliot and her ensemble underneath the majestic elms on the promenade, alongside the beautiful Heather Garden and overlooking the Hudson River.

Stan Michels represented Northern Manhattan in the City Council for 24 years from 1978 through 2001. He was chair of the Committee on Environmental Protection, and his legislative record was notable for his work fighting on behalf of tenants for the expansion of the city’s recycling program, for the protection of our water supply and cleaner air, and against childhood lead poisoning, smoking in public places, and unreasonable noise. He was also a steadfast advocate for parks, allocating over $50 million for park improvements in Washington Heights, Inwood, and Harlem, including virtually every playground in his district. The promenade where this concert is being held was named in his honor shortly before he passed away on August 1, 2008.

We hope you can be with us to remember Stan on the ninth anniversary of his passing.

This program will be accessible to people with disabilities.